Have you read our latest news items?
If you are interested in receiving updates from Arrow Research Corporation you can subscribe for our e-newsletter here.


Arrow Research Corporation is pleased to announce the general market availability of our latest Tencia release v2019.2.0.0, during the past 12 months there have been over 150 Tencia enhancements issued, including Single Touch Payroll compliance and the release of TenciaBI core content.


Arrow Research Corporation is pleased to announce the general market release of our latest Tencia offering, TenciaBI. A cloud based business analytics service that provides tools to analyse and share insights via pre-configured custom reports and dashboards. TenciaBI enables users to interact with agile, self-service intuitive tools to analyse data…


Arrow Research Corporation (ARC) is pleased to announce that Tencia and Arrow Financials have been certified through the ATO Operational Framework process.

The ATO Operational Framework requirements were only recently finalised and communicated to digital service providers by the ATO in late February 2018. After taking time… 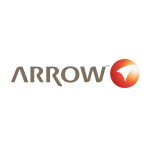 
Single Touch Payroll lodgement (STP) functionality will be delivered into Arrow Research Corporation’s products throughout the first half of 2018. Following on from the March 2018 Single Touch Payroll update, we are pleased to announce ARC have completed two of the three additional tasks all software providers must undertake with…


Single Touch Payroll lodgement (STP) functionality will be delivered into Arrow Research Corporation’s products throughout the first half of 2018. Our flagship product Tencia version 2018.1.0.0 will be STP-enabled first with the release of an Arrow Financials version 5.50 scheduled soon after. As announced by the ATO the first mandatory…


The Australian Taxation Office (ATO) continues to work toward the introduction of Single Touch Payroll which in general terms mandates employers send payroll information to the ATO with every payrun. Arrow Research Corporation (ARC) have actively been involved in ATO consultations with the software industry and will be working toward…

Dimension codes can be attached to transactions entered within Tencia at the time of transaction entry or pre-populated based on dimension defaults. Offering an…


Australian Payroll End of Financial Year Update The ATO recently advised the income tax changes announced in the Federal Budget have not been enacted. Only the formulas relating to HELP and SFSS calculations will change from 1st July 2016, there are no changes to any other withholding formulas from 1st…


We would like to inform our Australian clients of the recent changes that affect SuperStream. SuperStream is an Australian Government reform aimed at improving the efficiency of the supperannuation system. These recent changes affect both the roll out dates and requirements for this initiative.

Over the past 12 months we have endeavoured to keep you informed in relation to key dates for the implementation of SuperStream.
Just to recap, SuperStream is an Australian Government reform aimed at improving the efficiency of the…


The Tencia Job Costing module allows you to effectively measure costs against a project and provides you with up to the minute information on the profitability of your projects. Tencia's Job Costing feature is currently undergoing controlled testing. Upon completion of this phase the module will progress into controlled release…


Budget Car Rental is one of the world's best-known car rental brands with more than 3,000 locations in more than 120 countries. Moglonemby Trading Company a Budget Rent a Car franchise located in Melbourne, Victoria recently migrated to Tencia which lead to greater automation and significant time savings for the…


Australian Export Consortia (AEC) is an Australian success story that has been operating for the last 40 years. AEC implemented the Tencia Accounting package to help them better monitor their business performance. With their unique set of business requirements, a complex business structure and diversity of their operations, it is…


Avoid unnecessary additional charges to external EDI service providers. Find out how... Arrow Research Corporation is working in conjunction with Bunnings Warehouse, Australia’s largest hardware chain store with stores in Australia and New Zealand, to create a direct integration between Bunnings and the Tencia Accounting solution. This integration allows for…


Arrow Research Corporation praised for its latest ERP software solution. Arrow Research Corporation was awarded the Consensus software award for its flagship accounting and Enterprise Resource Planning (ERP) solution ‘Tencia’. The Awards were presented in Sydney on the 19th November by The Hon Malcolm Turnbull, Shadow Minister for Communications &…


Arrow Research Corporation announces its first Tencia site in Indonesia. Earlier this month, Indonesian motorcycle helmet giant Tarakusuma Indah, a manufacturer, wholesaler and retailer of standard and off road motorcycle helmets commanding 60% of the Indonesian market was the first Indonesian client to implement Tencia. “With in excess of 40…


Touch Networks, an international service provider of technology solutions for household brand names such as Optus, Crazy Johns, Medicare Australia, Vodafone and the ANZ bank, discusses how the Tencia Accounting Solution has added value to their business. Touch Networks was faced with a challenge, their business had grown so much…


Arrow annouces the offical launch of Tencia in the New Zealand Market place and signs new partnership agreement with Auckland based Verde group. Arrow will officially launch their Accounting software solution ‘Tencia’ to the New Zealand market on the 1st of November 2011. The release of Tencia has also driven…